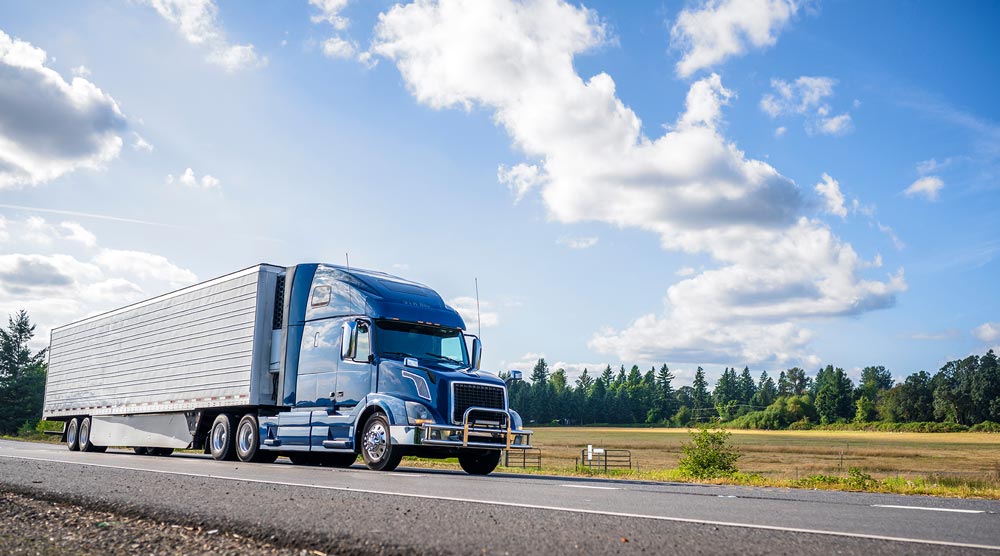 Ever since you first started driving, it’s always in the back of your mind: the threat of an accident, and what might happen to you as a result. Maybe you tell yourself, “it will never happen to me”. And yet, you likely know drivers just like you that have been in accidents themselves. And you know that it can happen at any time, on any day, and practically anywhere while you’re behind the wheel. You know that it is a risk every time you get in your car.

What Are Some Common Causes of Semi-Truck Accidents?

The mere thought of being involved in an accident with a truck weighing upwards of 80,000 lbs likely sends shivers down your spine. Night and day, rain or shine, you likely see them every time you’re on the highway and even hauling through town. It’s important to know the statistics behind how most semi-truck accidents happen in order to try and avoid these life-changing events. These may open your eyes to what you wouldn’t have otherwise known about what they are; in fact, the most likely causes of semi-truck accidents may even surprise you and change the way you drive.

The Federal Motor Carrier Safety Administration (FMCSA) conducted what they called the “Large Truck Crash Causation Study”, or LTCCS. This study examined the reasons for serious crashes involving large trucks (trucks with a gross vehicle weight rating over 10,000 pounds) using the data gathered from over 120,000 large truck crashes as sources of information to understand how they occur. Let’s take a look at what the most common causes turned out to be.

It may make your blood boil if you or a loved one has been the victim of an accident involving a semi-truck when you learn that roughly 87% of the semi-truck accidents studied were caused by the driver. These driver-caused accidents were broken down into four reasons:

What do these expressions mean? First listed is non-performance. This is if the driver suffered from fatigue, fell asleep, lost control from a heart attack or seizure, or was physically impaired for another reason.

Next, recognition. In this case, the driver was inattentive, distracted by something inside or outside their vehicle, or the driver failed to observe the situation adequately for some other reason.

Third is decision. An example of this would be if the driver was driving too fast for conditions, misjudged the speed of other vehicles, or followed other vehicles too closely.

While some of these causes are clearly beyond the control of the driver (such as suffering a heart attack), the majority are directly the result of a poor decision that a driver made. For example, the driver’s failure to accurately assess the situation, if they simply were driving too fast or even under the influences of drugs or alcohol.

What accounts for the remaining 13% of the causes for an accident involving a semi-truck? 10% was found to be vehicle-related, such as the semi-truck or other vehicles involved suffering from brake problems. The remaining 3% were due to the environment, such as poor roadway or weather conditions.

Regardless of what has caused the accident, the end results can be life-changing. We’ll discuss those in the next section.

What are Common Injuries in a Semi-Truck Accident?

You may have done everything perfectly: you were traveling at an appropriate speed, your vehicle was in perfect working condition and you obeyed every single law. And yet, you still suffered from a semi-truck accident. This is the unfortunate reality for hundreds of thousands of drivers across the U.S.

In fact, when you take a look at statistics you’ll see that semi-truck accidents are by no means rare; according to commercial driving statistics from 2015, there were 415,000 police-reported crashes that involved a semi-truck. Of those crashes, 4,050 proved to be fatal and over 87,000 caused injuries. Those who lost their lives in these crashes were mostly occupants of cars or other passenger vehicles, comprising 69% of the fatalities. This percentage is larger in part because more than one person is often killed in a single semi-truck accident due to the increased force of a semi-truck. 16% of the fatalities were truck occupants, with the remaining 15% were pedestrians, bicyclists or motorcyclists.

Even if those involved in semi-truck accidents didn’t lose their lives, there was still a 23% chance they were injured. And these injuries can be nothing short of life-altering. Health experts accustomed to treating crash victims include these common results from accidents:

This is not an exhaustive list, but rather the most common injuries that medical professionals treat from semi-truck accidents. You may suffer from injuries not listed if involved in a semi-truck accident, or you may have to cope with some or all of the listed injuries, living a profoundly-altered quality of life due to suffering from both physical and mental damage from the accident. Naturally, someone having experienced this deserves compensation from these effects. What can they expect in terms of a settlement?

What Are the Average Figures In a Semi-Truck Accident Settlement?

Because of the often-severe injuries resulting from a semi-truck accident, settlements tend to be significantly-more substantial than the average auto accident. It’s important to note the minimum insurance requirements put in place by the Federal Motor Carrier Safety Administration.

From these figures, we can begin to see what the average settlement may reach. However, other factors may contribute to the amount, such as injuries sustained, lost wages or earning capacity, liability and property damage, among others. Much will also depend on whether or not you have proper legal representation. Weston Law Office has the knowledge and experience to get you the settlement you deserve, compensating you for any and all losses, along with the pain and suffering you’ve endured from being involved in a semi-truck accident.

Find a truck accident lawyer here to contact us for a free consultation.