Filing a Wrongful Death Claim: Get Comfort When You Need it Most

It is everyone’s worst fear; answering the phone to learn the news that a spouse, parent, child, or other family member has been in a fatal car accident. It is heartbreaking whenever a family member passes away, but when the cause of death is unexpected, the added shock makes it even harder to accept. That moment will certainly involve unbearable grief, but it can also be accompanied by confusion, anger, and disbelief. There will be numerous questions that need answering: What happened? Did they suffer? Whose fault was it? What about funeral expenses and their missing income?

There are car accidents every day in the US, and some of them cause fatalities. Driving a car is so commonplace that it’s easy to forget how dangerous it is. In fact, every time a person gets into a car, there is a one in 103 chance that it will be the last thing they do. But playing the odds by making routine car trips isn’t too risky that it dissuades people from driving–many people take that risk everyday.

The fact is that when you get in a car you probably won’t get into an accident, but you might, and that’s why you have car insurance. If you get injured, you have coverage. But what happens if that car accident is fatal? What then? What happens if the accident was caused by the other driver’s negligence? When a fatality is caused by someone else’s mistake or inattention, a wrongful death claim should be filed with the guidance of a lawyer.

What exactly is wrongful death?

Not every death is considered wrongful. A wrongful death is legally defined as any death caused by a wrongful act or omission of a person or corporation. The fatality can be caused by someone’s accidental or intentional negligence or misconduct. Wrongful death can be applied to all kinds of situational fatality, such as medical malpractice, airplane crashes, workplace deaths, and car crashes.

Who files a wrongful death claim?

Clearly the victim of a wrongful death cannot file their own claim. These claims are filed by the people most affected by the deceased, so typically, the claim is filed by family members. Most often, the spouse or children are the ones who file the wrongful death claim, but sometimes other people file the claim. This could include a domestic partner or other dependents of the deceased.

Anyone who is adversely affected by the wrongful death can move forward with filing the claim; however, it has to be done within a specific time frame, and there can only be one claim filed. So what this means is that every person who would potentially file a wrongful death claim has to cooperate with each other to file just the one claim, and it has to be filed within three years of the death.

Why file a claim?

Of course money can’t replace the loss of a family member, partner, or loved one. It can, however, help the people affected by the wrongful death to financially recover from unexpected funeral expenses, medical bills incurred before the time of death, and the inevitable loss of income.

No one should have to endure the grieving of an unforeseen, tragic, and untimely death while simultaneously trying to make ends meet. Unfortunately, preventable deaths sometimes happen. Wrongful death claims provide a small amount of peace to a family in turmoil by alleviating financial burden; a fair compensation means that finances are one less thing to worry about during this time.

Who pays the settlement and how much?

When a wrongful death has occurred due to a car accident, typically, the claim will be filed and paid out by the driver’s car insurance company. This isn’t always the case, since every situation is different, but it’s safe to say that usually the insurance company will pay because they gave liability coverage to the driver.

Insurance companies have a cap to what they can pay out–similar to a cap for personal injury protection. Sometimes wrongful death settlements reach more than the insurance company can actually pay out. In the case of a very large wrongful death settlement, it is likely that there is more than one party to have been identified as at fault, and they will pay out as determined by a team of lawyers or jury.

What exactly gets paid out is totally different depending on the specific factors affecting the surviving family members. Some figures are very easy to quantify such as funeral or burial costs, medical bills that the deceased amassed prior to death, or income loss that will affect the family. There are also less easily quantifiable factors that will receive compensation as well, such as the mental toll that the death has taken on the family and loss of companionship.

Additionally, the idea of fault will be taken into consideration when a settlement award is being determined. The deceased may be determined to have had no fault or partial fault, and the compensation will be proportional to that determination.

Lastly, if the deceased did not pass immediately, there will be consideration about any suffering that happened prior to death. The settlement amount would have to take into account any pain, distress, or awareness of death that the deceased had to endure before passing.

Is a Lawyer Required?

Of course, you can always go about filing a claim with an insurance company on your own, but really the question here is should you file a wrongful death claim alone. Having a lawyer on your side to navigate the ins and outs of jargon-filled documents in order to file this claim correctly will be invaluable. First of all, consider the emotional state and different steps of the grief process. Having a lawyer who is not only an expert at wrongful death claims will be helpful in and of itself, but as they are not personally affected by the loss, they will be in a mental state that allows for clear thinking. Anger, sadness, or disbelief can cloud a person’s judgement and impair thought process. For that fact alone it will be helpful to have a lawyer for your wrongful death claim.

Moreover, it is no secret that insurance companies are extremely difficult to work with to secure a fair settlement. With their team of attorneys and adjusters, it will not be easy to reach an agreement on a fair compensation amount simply because the company wants to stay profitable at all costs. They will want proof of all medical expenses, proof that the deceased was not at fault, proof that the deceased suffered before the death occurred, and they will nickel and dime the emotional suffering of the surviving family members.

Hopefully you never have to file a wrongful death claim, but if you find yourself in this situation, do yourself a favor and hire a lawyer from Weston Law Office to guide you through the process. There is no doubt that you will end up with a far greater payout if you seek legal representation; surely the deceased loved one would want you to be as comfortable as possible during this time. Hiring a lawyer will give you support when you need it most; having legal representation will offer you some peace of mind during a time of emotional unrest.

If you need to file a wrongful death claim, call the lawyers at Weston Law Office. You’ll receive a free consultation, and you’ll work with an experienced lawyer who will fight your case with the care, support, and tenacity it deserves. Coming to terms with the sudden loss of a loved one due to a preventable death will be difficult no matter what. Compensation for incurred medical bills and funeral costs will make this distressing time a bit more manageable; it will allow you to focus on the grieving process, rather than trying to figure out how to pay surprise expenses. Payment is only on contingency, which means out of pocket expense is one less thing for you to worry about during this time. Call Weston Law Office today. 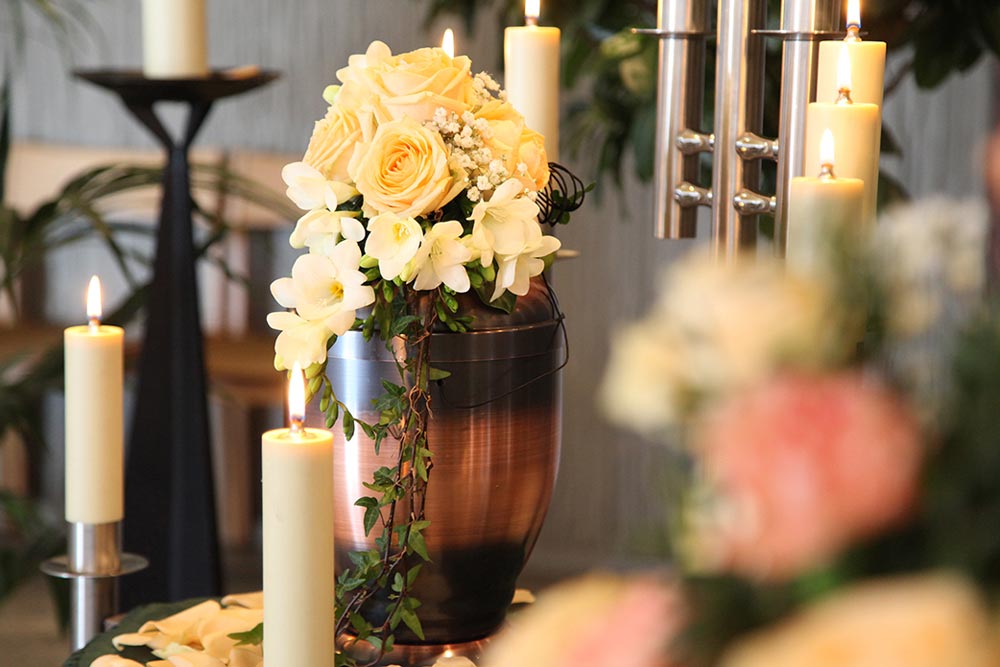