Factors that Impact Your Award in a Semi-Truck Accident Case 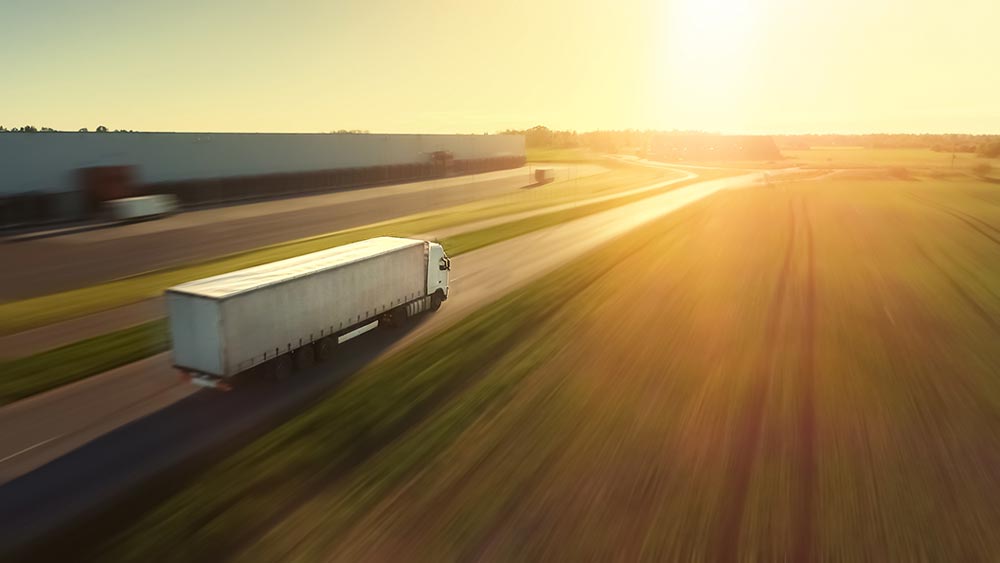 According to a 2018 study, more than 63% of goods transported across the United States travel by semi-truck. Unfortunately, an increased demand coupled with tight timelines often leads to commercial companies being forced to deliver a greater amount of freight more often without an increase in their workforces.

This creates increased pressure on drivers to deliver these goods to their destination as quickly as possible, and they frequently push themselves to the limit to meet the surge of demand that comes from an often unrealistic delivery schedule. If you can imagine, all of this results in a lot of fatigued and overworked drivers navigating  the roads in 40-ton vehicles that can cause a lot of damage when they’re involved in an auto accident.

Consider that the Trucker Report has found that the average car weighs in around 5,000 pounds, but by comparison, a semi-truck can weigh as much as 80,000 pounds, if not more. So, simply because you’re driving the much smaller car, you take the brunt of the damage and are the party most likely to be injured.

Now, if you’re looking to make a claim with your insurance company to recover the costs of the damage done to your vehicle or cover medical costs, the financial side of a semi-truck accident is also more complex.

Accidents involving commercial vehicles have a range of factors that impact claims — beyond the ones that your basic insurance company has — so, here’s what you need to know so that you can have realistic expectations about how much money you could potentially receive in a trucking accident case.

Everything Starts With the Type of Injuries Sustained

Realistically, the most important factor in the amount of money you can potentially receive in a semi-truck accident case has to do with injuries sustained. This is largely due to the fact that semi-truck accident injuries are  typically, very brutal — unfortunately, people often endure brain injuries, internal bleeding, broken bones and damage to the spinal cord, among other types of trauma.

Injuries such as these almost always require extensive treatment, long recovery periods and in turn, high medical costs. In a settlement, this usually translates into a higher reward than if you were fortunate enough to have walked away from a semi-truck accident with only minor injuries.

Now, while it makes sense on a basic level that the worse your injuries are, the more money you’ll likely receive from a trucking claim, that’s really only the starting point for a basic framework of the whole settlement.

The fact is, hard medical costs are pretty much the easiest factor to quantify, but there’s still a ton of gray area surrounding a myriad of other issues, especially those that deal with life after one leaves the hospital.

For one thing, when it comes to “minor” injuries, a real argument can be made as to what that term even means. In many cases, an injury that seems minor to an insurance company definitely has major ramifications if it limits your ability to work or keep up with the household chores.

Plus, there’s also the mental side effects that can result from a serious crash, such as post-traumatic stress disorder, which can realistically, decimate your quality of life. Unfortunately, following a traumatic trucking accident, it’s not uncommon for people to chronically experience shortness of breath, hot flashes, heart palpitations, anxiety or flashbacks for even years after the collision.

Further, in many cases, these victims can also suffer from a profound lack of sleep or retain fear of getting back behind the wheel. When it comes down to it, injuries of all types — serious, seemingly minor and mental — all play important roles in calculating a settlement amount, so make sure you don’t sell yourself short in any facet.

A Practical Look at the Cost of Treatment

Because medical treatment is really the linchpin of settlement amounts, let’s take a closer look at some of the costs it actually incurs. In the immediate aftermath of a semi-truck accident, an injured motorist mostly likely takes an ambulance to a hospital emergency room, a ride that research says can cost around $1,900.

Now, that’s just to get to the hospital. Once you’re there, the medical care staff will probably run a variety of tests that determine the extent of your injuries, things that might include lab tests, an MRI, x-rays or CT scans.

In all, the United States Centers for Disease Control and Prevention (CDC) reports that the average emergency room visit relating to auto accidents can cost around $3,300, and if the injuries are serious enough to require follow up care, medications or physical therapy, you can be on the hook for over $57,000 in medical bills.

Add it all up — the ambulance ride, the emergency room visit and the follow-up costs — in the absolute best case scenario, it can cost over $62,000 just to start getting past the incident.

For many people, that’s simply a staggering amount of money.

Because it’s so large and can potentially cause so much damage if things go wrong, a semi-truck is by far one of the most dangerous vehicles on the road. While most truck drivers take their jobs very seriously, are trained properly and are even expert motorists, sometimes, human error results in an accident.

Now, the notion of driving errors leads directly to how at fault each party is in an auto accident. But of course, when it comes to insurance claims, it’s not as simple as saying that one driver is at fault and the other isn’t. Essentially, to come up with a settlement amount, the goal is to determine not only blame, but whether or not the crash could have been avoided all together with alternative actions by the at-fault party leading up to it.

In more technical terms, this is called determining negligence, and it basically paints the picture of whether or not the accident was caused by an honest mistake, something illegal or anything in-between.

From there, a dollar amount can be attached based on how negligent the at-fault party was. The more negligent, usually, the higher the settlement award.

In practice, negligence can assume many faces and can be caused by a combination of factors, but in general, it asks the question of whether or not the accident was preventable. A settlement amount will grow substantially if a driver is found to be inattentive, fatigued due to excessive job demands or under the influence of drugs or alcohol, which is a serious and growing problem among truckers.

In fact, in one report, about half of the drivers surveyed admitted to drinking and driving, and more troubling, a whopping 30% said they’ve used amphetamines on the job to cope with a relentless schedule.

Other common, preventable actions that cause semi-truck accidents are driving too fast for the current conditions, which the Federal Motor Carrier Safety Association  found accounted for 23% of total accidents, and using unfamiliar roads, which caused 22% of collisions.

Of course, truck drivers aren’t going to be familiar with every road in the country, but it’s important to understand that negligence is a big spectrum that takes into account a wide range of factors.

While there are a lot of gray areas in determining a settlement award based on the costs surrounding negligence and medical treatment, the damage done to your car in a semi-truck accident is much more straightforward.

In fact, amounts are usually determined as a result of the following questions:

To make the most of your property damage claim, if possible, you want to gather as much information at the scene of the accident as you can, so you are prepared for any pushback from an insurance company about the value of your car. This means to take pictures, videos and even recordings of witness statements. Ultimately, the more evidence you have, the better chance you have at a higher award.

Were You Injured in a Trucking Accident?

While all accidents can be scary, stressful and painful, an accident involving a semi-truck can be especially harrowing. Not only can your car be totaled, you can also sustain life-threatening injuries. Simply because they’re so big, even minor accidents with a semi-truck can cause a lot of damage.

If you’ve been involved in a trucking accident, contact us to find out how you can get the maximal amount of money for your case, so you can cover medical costs, get back on the road and start getting past the incident.